The first time I saw Knysna was on our honeymoon when Che and I drove through it en route to the Wild Coast. We stopped for a few hours to meet with Che’s sister and her boyfriend and returned some years later, to get to know it better.

Sitting atop one of The Heads I marvelled at the clear waters of the lagoon, the oyster beds, clearly visible from my high vantage point, and wondered about the people who lived on Leisure Isle, with its luxury homes, as a self-contained paradise in the middle of the pristine blue waters.

At this time Knysna was a small town, lovely, hidden away like a pearl protected by the shell-like arms of The Heads with shops along the main road and no mall. Residents had to travel to the bigger town of George to get the big household items, 70kms away.

Che and I have returned many times to visit with his sister and her family. We’ve seen Knysna grow into the large town it now is, and from 1500kms away we saw, with horror and sadness, as most of it was razed by wildfires last year.

Nature is tenacious and so are humans. We grow and adapt and have a tendency to rally together during tough times to rebuild. Which is what has happened with Knysna.

Knysna is one of the gems of the Garden Route and next to Cape Town, is one of the must-do road trips when coming to South Africa.

Having lived and worked in Joburg for about 38 years I know a thing or two about the city. It was the place of my first date, my first kiss and my first job.

Also known as Joburg or Jozi, as locals like calling it, it’s the second largest city in Africa, and the world’s largest ‘dry port’ – Joburg is the largest city in the world not built on a coastline or waterway. It is the economic hub of the country, the most affluent area, and is still the ‘el dorado’ of South Africa.

It boasts the biggest man-made forest in the world with over 10 million trees. This has many functions, not least of which is that it makes for a beautiful city, combats greenhouse gasses, and helps reduce noise in this ‘urban jungle’. This still amazes me, and I love nothing better than to look out over this ‘jungle’ in the spring and see all the splashes of purple of the jacarandas in bloom.

Joburgers tend to be rather possessive about their city. We’re teased by Durbanites and Cape Tonians as “vaalies*” who invade their cities at holiday time, but there is no better time to be in Joburg than in December when families make their annual pilgrimage to the coast. This makes the roads clear of pesky traffic, there is Christmas music in the air and people are more relaxed. Just stay away from the malls where those who have opted to stay in town congregate for movies, eating and shopping, making them busier places than at any other time of the year.

It is not an easy place to live in and needs real staying power. Personal safety is an issue. Irrespective of affluence, people surround their properties with high walls, barbed wire and electric fences. Those who can afford it pay for alarms and private armed response. Many people own guns.

And yet it has the most beautiful sunrises and sunsets. The best I’ve seen. The weather is idyllic with sunlight at least 300 days of the year. Access to the country is a mere 20-minute drive along great roads. 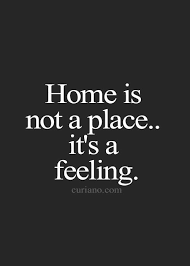 I’ve followed Heather at 2Summers for a while and is the source of all great info about Joburg. Her pics are amazing and she goes to places where I haven’t been to yet. If Joburg piques your interest, go on by and see Joburg through the eyes of “an American living in quirky Johannesburg”.

*vaalies – South African slang name given to Johannesburgers (and other inland residents) by residents of Durban and Cape Town (and other seaside towns). The word is derived from the name of the river that separates Gauteng province, the Vaal River, which is the border with the Free State. Before the new provincial structure, Johannesburg was in the old province of Transvaal (across the Vaal). Once you cross the Vaal River, you know you’re on holiday 😉

Get new posts via email