Gauging by the amount of quotes on the internet about today’s one-word prompt, there is the potential for this to be one of the most loaded ones.

Years ago there was a delightful sitcom called Dharma and Greg about a free-spirited yoga instructor and a lawyer. They’re opposites but you know what they say about that.

Their parents are also opposites so you can imagine how their first meeting went, especially since Dharma and Greg eloped to get married. They begin to like each other eventually – the parents, that is.

Now for the philosophical bit.

Everything about our world revolves around concealment. From this… 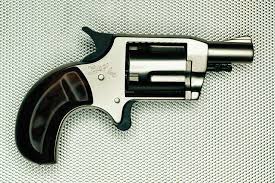 The problem with the pro-gun anti-gun argument is that is languaged as a binary thing. But here’s the rub – this is not a binary choice. To make it a binary choice is removing choice from the equation.

There can be no losers because the effect of that has the potential to be worse than the status quo. Which is not great.

…and ultimately to this…

And the link to Dharma and Greg? Well, only the obvious one.

Connect with me in these other spaces